In 1838, during the early days of the Republic of Texas, a group of Rangers established this town under live oaks near the Guadalupe River. They eventually named it in honor of Col. Juan N Seguín, a Texas Senator and Tejano patriot who had fought against the brutal Mexican dictator, Santa Anna. He was known as the "Paul Revere" of the Alamo, one of General Sam Houston's messengers, who was sent to warn the settlers in this area of Santa Anna's coming attack. This triggered the "Runaway Scrape," in which settlers fled their homes to escape the certain carnage. For his brave act, Juan Seguín is no less than a hero, saving the many lives of men, women, children and the elderly who had settled in this region east of the Alamo. 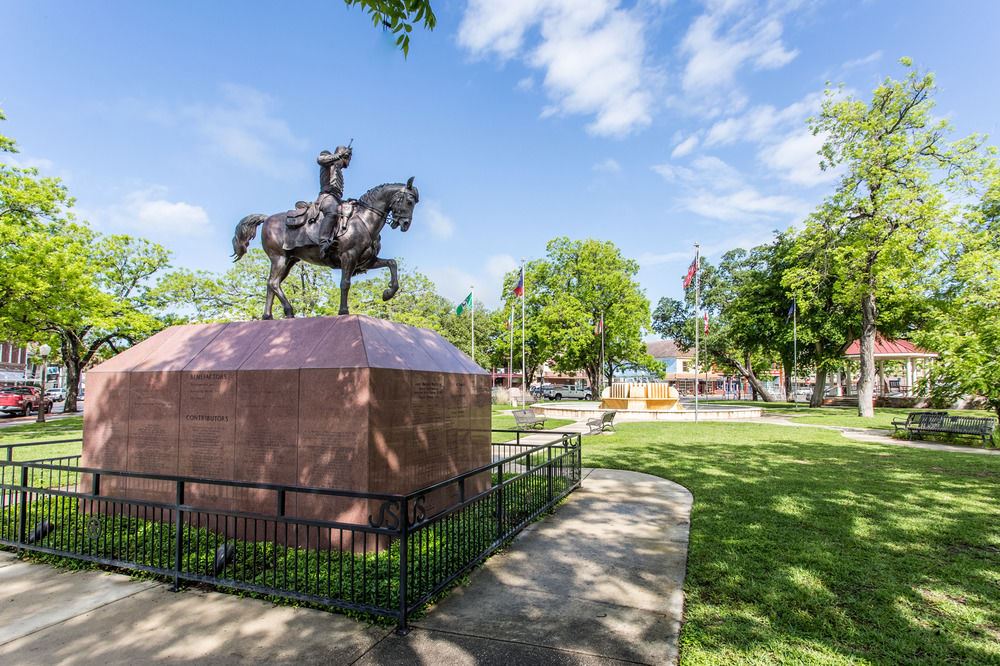 The next year, Juan Seguín visited this town, newly named for him, where he paraded through the streets in uniform and on horseback, with his sword raised, to accept this honor. A bronze statue erected in the town square portrays him on that visit. Juan served as a Texas U.S. Senator from 1836 through 1840.